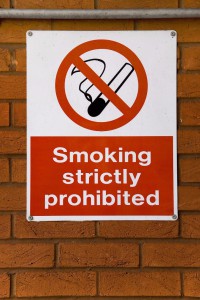 The Department of Housing and Urban Development (HUD) is hopeful that it is getting closer to enforcing a 100% smoke-free policy in the nation’s 1.2 million housing units.

It began in 2009 when HUD encouraged public housing agencies to consider anti-smoking policies in their units, suggesting that all people should be able to live freely without worrying about health problems caused by secondhand smoke. Since then, more than 600 housing agencies have enforced this type of policy meaning that 228,000 units are already smoke-free.

In October of 2014, HUD announced that it wanted tobacco free policies across all housing units. If this ban is successful, over the next year and a half, 3,100 public housing agencies will be required to adopt a smoke-free policy.

“We have a responsibility to protect public housing residents from the harmful effects of secondhand smoke, especially the elderly and children who suffer from asthma and other respiratory diseases,” said HUD Secretary Julian Castro in an official statement.

“This proposed rule will help improve the health of more than 760,000 children and help public housing agencies save $153 million every year in healthcare, repairs and preventable fires.”

The ban would mean that the agencies must design rules that prohibit any lit tobacco products in the common living areas, living units, administrative offices, and within 25 feet of the the entire housing facility.

What does this mean for electronic cigarettes?

HUD will not make any final decisions until after it weighs public comments over the next several months. If the universal ban goes into effect, it will become one of many anti-smoking changes put into effect over the last five decades after the surgeon general announced that smoking is linked to deadly diseases such as lung cancer and heart disease.