Home tobacco cigarettes Is Your Ability to Quit Smoking in Your DNA? 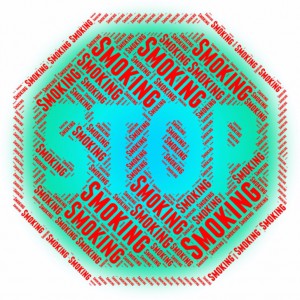 Some people can wake up one morning, decide they are going to quit smoking and stop cold turkey. Then there are others who have tried every solution ten times over and still can’t kick the habit. It turns out that the ability to quit smoking could be related to our DNA.

Data from 22 studies involving 9,500 white smokers has led researchers to believe that variations in genes that regulate dopamine could possibly be associated with the ability of a person to quit smoking. Dopamine is a neurotransmitter that helps to regulate the reward and pleasure centers in a person’s brain.

Through all the studies, scientists focused heavily on a DNA sequence called Taq1A. They found that smokers who had an easier time quitting the habit carried a variation of the Taq1A called A2A2.

“This variant has been studied for years, but this study provided more convincing evidence on the role of this genetic variant in smoking cessation by analyzing a significant large number of smoke samples,” said study co-author Ming Li, a professor in the department of psychiatry and neurobehavioral sciences at the University of Virginia.

The team found a definitive association but no definite proof regarding this variation of the gene that some people carry. While the information is intriguing to say the least, many more studies are needed for further proof.

Researchers’ hopes are to study the gene further in order to figure out exactly what this gene does and to see if there is a way to modify how it works. Additional studies will either confirm or deny if there is truth behind a quit-smoking gene.