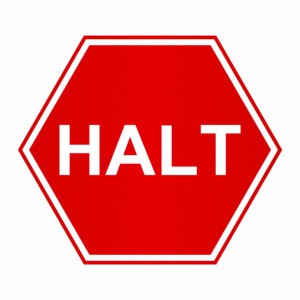 In early January, the city council of Lockport, Illinois voted to temporarily prohibit permits for any electronic cigarette or tobacco shops. The purpose of this suspension is to give the city time to determine how to incorporate certain regulations for these shops.

The moratorium does not affect the three shops that are currently in operation. Tom Thanas, the City Attorney, stated that the halt will give the city time to determine how other communities regulate their shops and if Lockport will be in need of any new ordinances.

They believe the city’s largest problem is the easy access to tobacco products made available to minors. They want to ensure that the law against selling to minors is being enforced.

Thanas states that the suspension does not stem from any particular issue in the city and that recently two proposed electronic cigarette shops applied for licenses.

One of the officials, Brian Smith, was pleased with the moratorium. After driving past a vape shop, he said, “It was just full of smoke.  You’re driving by and it’s just one big cloud in there. I thought it was a little odd.”

Although the number of young smokers under the age of 25 has dropped, the city believes that they are choosing electronic cigarettes as an alternative. Until further research is conducted on e-cigs, they are asking for time to figure out the regulation policies for Lockport.

Only time will tell how Lockport and other cities decide to enforce certain regulations on vaping and tobacco shops.