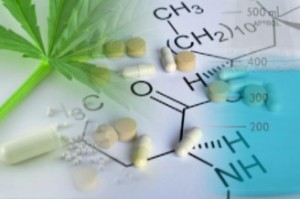 An experimental drug derived from marijuana has recently shown that it aids in reducing epileptic seizures. The clinical trial was positive for the industry and could help in the medical marijuana movement.

GW Pharmaceuticals is the developer of the marijuana based drug known as Epidolex. It has been proven to reduce convulsive seizures when compared with a placebo in patients with a rare form of epilepsy known as Dravet Syndrome. GW shares more than doubled in March of 2016 due to the study’s success.

Epidolux is a liquid drug that contains cannabidiol that does not make people high. Epidolux will be the first prescription drug in the United States that is extracted from marijuana if it gets regulatory approval.

Due to the lack of legalization in most states, many desperate parents have been considered “marijuana refugees” by moving to Colorado where it is easier to obtain a particular extract known as Charlotte’s Web. Even if the drug gets approved, many sufferers may stick with Charlotte’s Web or other drugs because of the possible expense that analysts project could be $2500 to $5000 a month. The expense could possibly be covered by insurance, but only time will tell.