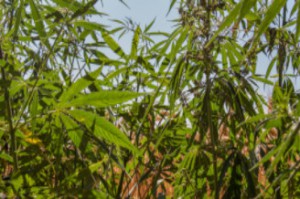 The Federal Court in Canada has recently approved that medical marijuana prescription holders are allowed to grow their own cannabis or have someone grow it for them.

Prime Minister Justin Trudeau has yet to fulfill his promise of legalizing marijuana in Canada, but the court found that not allowing medical access to cannabis violated the Canadian Charter of Rights and Freedoms act.

In order to grow medicinal marijuana, citizens must have a license from Health Canada as well as a record free of any drug related charges in the past ten years. Also, adequate security must be provided for the dried medicine and marijuana plants.

One individual’s crop is permitted to grow enough for two patients. The number of plants a person is allowed to grow depends on the prescription received.

Due to the high price of illegal marijuana, theft can be a big problem and will need to be considered by cannabis growers. An alarm sensor, motion detectors, metal fencing, dogs and human supervision are all suggestions to help Canadians protect their marijuana.

Unfortunately, the latest ruling has caused some confusion in Canada. The liberal government has not established the rules and boundaries as well as they should. The previous conservative government had allowed twenty-nine different companies to grow and sell marijuana, but now these may face financial pressure.

“The evidence at trial failed to show that public safety will be advanced in any significant way by the removal of the ability to lawfully and safely continue to personally produce medical cannabis,” Judge Michael L. Phelan wrote in the decision.

Judge Phelan has suspended the order for six months in order to allow the government to come up with more rules and regulations to clear up any confusion.